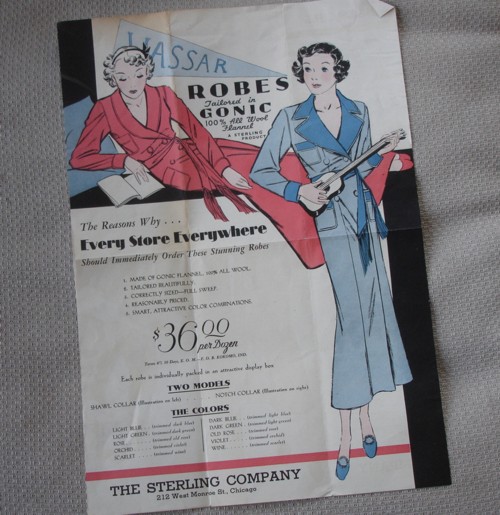 I recently got a whole stack of ad posters and such from the 1930s.  Among all the great stuff were these references to the college girl.  It’s really quite interesting that this girl is so  prominently featured, as she was definitely the exception, rather than the rule.
And maybe that was the appeal.  Most young women did not have the means to attend college, especially one like Vassar,  but that didn’t make the prospect of higher education any less desirable. For the most part, working in the traditional women’s fields such as teaching, nursing and secretarial, did not, in many places, require a four year degree.  In North Carolina it wasn’t until 1929 that the old normal school type institutions for teachers became 4 year colleges.  And when my mother entered registered nurse training in 1949 it was a three year course, and was administered by the hospitals, not the university system.
It was a very lucky girl who got to attend college in the 1930s.  Between the economic hardships of the Great Depression and the reluctance of many families to invest money in a girl’s education,  it’s no wonder that the College Girl was a bit of a status symbol – someone to be envied and looked up to. 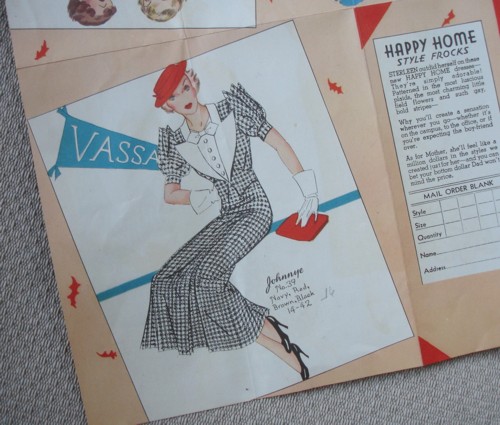 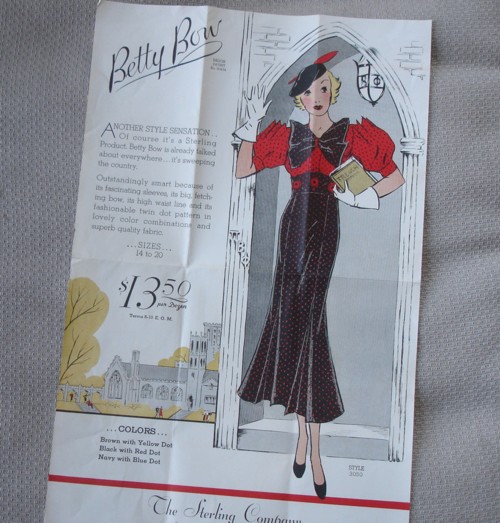 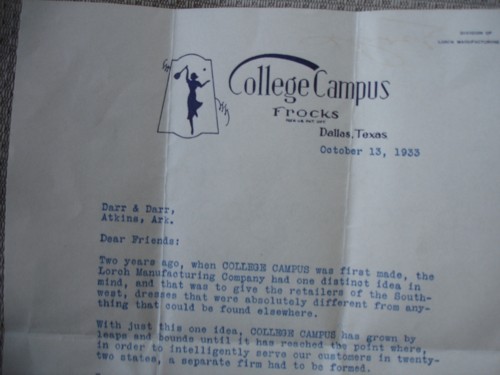 Posted by The Red velvet Shoe:

The ads are fantastic…if only “college girls” would take such care with their wardrobes today!
Monday, November 29th 2010 @ 4:15 AM

How true. Even in the 1960s, girls carefully planned that college wardrobe. About 20 years ago a friend gave me all her remaining cashmere sweaters and matching plaid pleated skirts from her circa 1962 college wardrobe. I still have – and still wear – one of the sweaters!
Monday, November 29th 2010 @ 7:12 PM

Wonderful stuff! That black & white check dress is MINE!

I’m sure you’re right – being a college girl in those days would have implied a certain level of wealth, plus possibly some progressive ideas and attitudes?

I’ve got a Butterick pattern catalogue from 1936 with “A College Wardrobe For the Best Dressed Girl” you might enjoy: