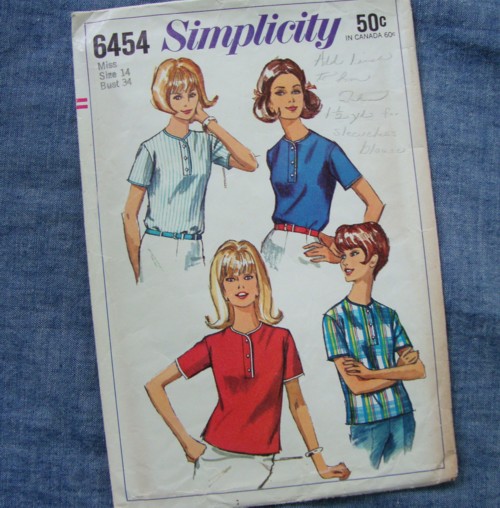 In the mid 1960s we called this the surfer shirt, and it was all the rage in my little town. No matter that we were six hours from the nearest ocean, and none of us had ever been anywhere near a surf board.  We were under the influence of the Frankie Avalon/Annette Funicello beach movies of the day, and the Beach Boys were as strong as ever.    I think my older brother had these shirts in every color and in several madras plaids, and I had a couple of plaid ones myself.

I found this pattern and thought how much fun it would be to just run one up for old times sake.  I already had some vintage cotton chambray and red bias binding, thanks to my proclivity toward fabric hoarding, so I was in business.  The shirt was just as easy to make as it looks, with only four pieces.  It did take some time, as I put the bias on by hand, and did the buttonholes by hand, and did flat-felled seams so there are no raw edges.

In looking for images for this post, I tried looking on-line, but all the photos for surfer shirt came up as either Hawaiian shirts or tee shirts with a surfer dude printed on the front.  So I went to my stack of vintage catalogs.  In a 1964 Montgomery Ward, I did find one of these referred to as “surfer style” but most were called “regatta shirts.”  The same was true in a 1966 JC Penney big book.  I’m very sure we never used the term “regatta” to refer to these shirt or anything else for that matter!  And in one listing it was called a “henley” which I always think of as being made of jersey.

So I’ll stick with surfer shirt, though I do not surf, and won’t see an ocean until October.  It’s still a cool, casual shirt, just right for the hot days ahead.

I used to see these all the time in thrift stores, but I’m pretty sure I haven’t run across one in several years.  Surely not all the Baby Boomers have cleaned out all the closets at the parents’ homes already! 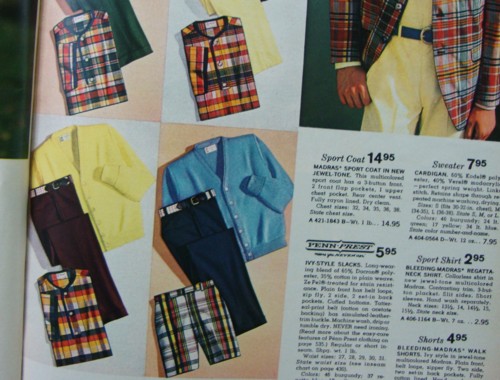 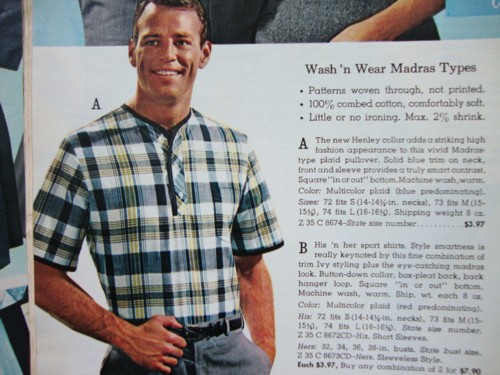 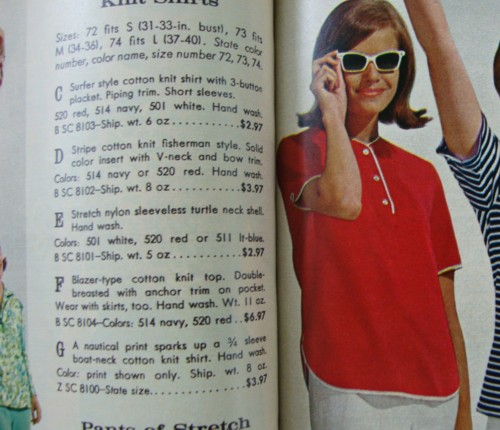 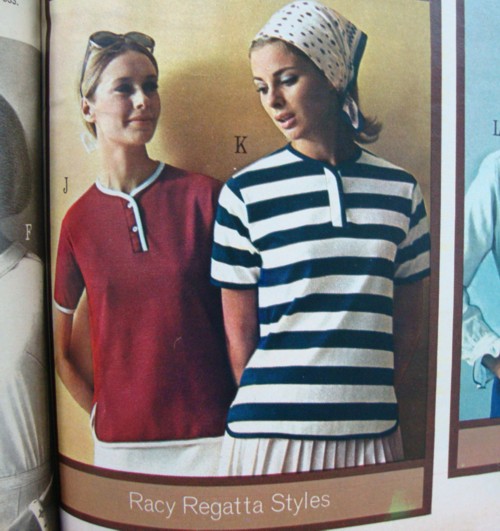 I’m sure you are are clamoring for a look at the finished product.  So here I am, in the back yard, standing on the beginnings of a new rock patio.  Funny how the photo in which I’m not paying attention to the photographer ends up being the best of the lot.  A model, I am not!