Made in the USA – Pendleton 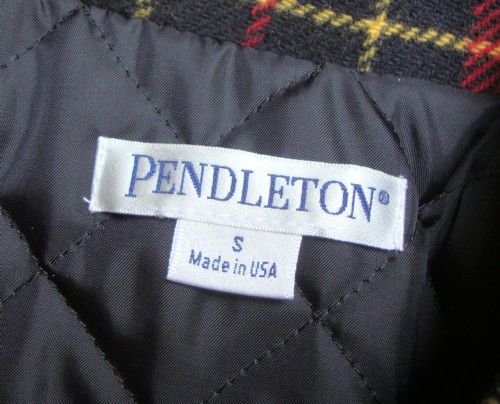 I’ve just returned from a trip with my friends  to Pigeon Forge, Tennessee, home of Dollywood and all things tacky.  We weren’t there to see the gigantic sinking Titanic, and we weren’t interested in the upside down Wonderworks, and certainly not the crazy Dixie Stampede.  No the only attraction that could hold our attention were the shopping outlets.   And while I’m not the shopper I used to be, I still love to go and look at what is being sold, and maybe turn up a bargain or two.

It really is a plus that there is a Pendleton outlet there, and the prices are really good.  The store not only has clothing, but they also carry a nice selection of Pendleton blankets and accessories.

I ended up buying this short coat.  To me, this coat pretty much sums up all that was great about the American clothing industry, and it has a hint of a promise that perhaps some of our companies are beginning to take a new look at domestic production.

Several years ago Pendleton moved clothing production overseas and into Central America.  Most of the coordinating blouses and non-wool accessories are made in China or in other Asian countries.  The wool, that is still produced in Oregon, is for the most part, sent to Central America for construction.  Why not China?  I suppose it is because China levies a very high import tax on textiles.  I’ve read that it can be as high as 100% of the value of the fabric.  (That’s one way to keep imports out of your country, is it not?)  So it is more profitable to produce the clothing in Central America.

It was a treat to see that this coat, and some other woolen items in the store were actually made in the USA.  It is possible that they are just samples or limited runs, but still it looks like a positive step.

I also want you to take a close look at the detail work on the coat, especially where the plaids match, not just at the seams but also where the pocket welt joins the front and at the front closing that keeps the plaid pattern intact.  Also, note the symmetry in the bias cut pieces.  This is the type of quality cutting that consumers used to expect, but is harder and harder to find today. 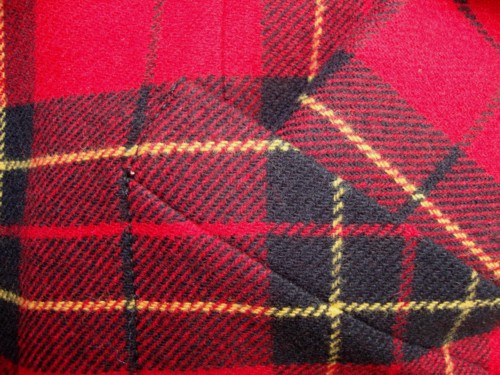 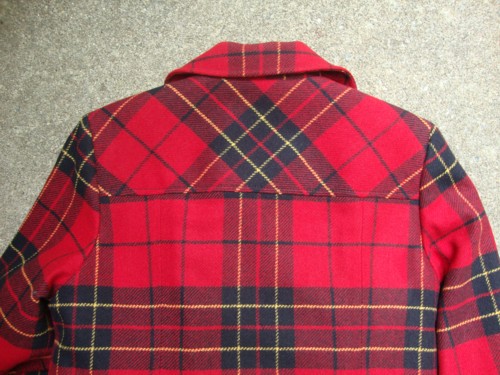 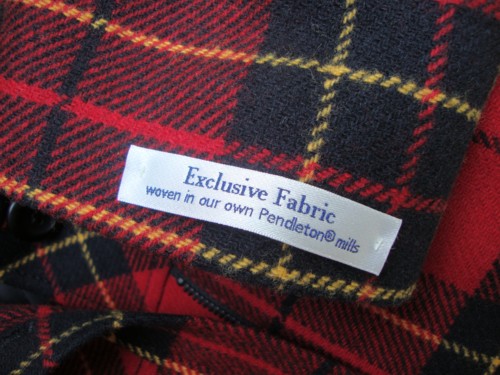 The store also had some 49ers, the original jacket for women that Pendleton first made in 1949.  My friend Carole said when she went to college in 1961, she took her mother’s two 49ers, and practically lived in them.

Note that the fabric is made in the USA, but the jackets are sewn in Costa Rica. 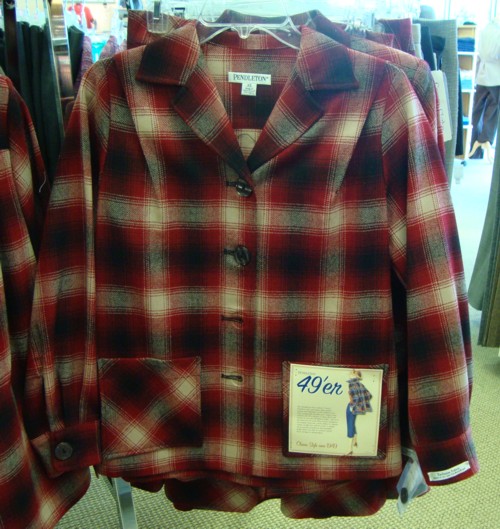 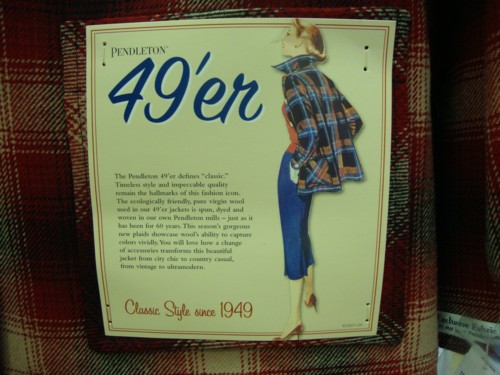 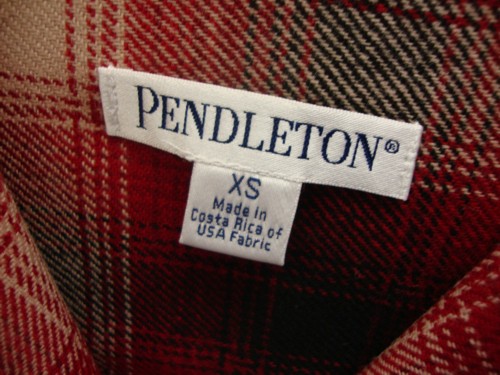 I’ll be posting more about Pendleton on Sunday, when I share my thoughts about cultural appropriation and Pendleton “Indian” designs.

Filed under Made in the USA

Tagged as Made in the USA, Pendleton, shopping

19 responses to “Made in the USA – Pendleton”