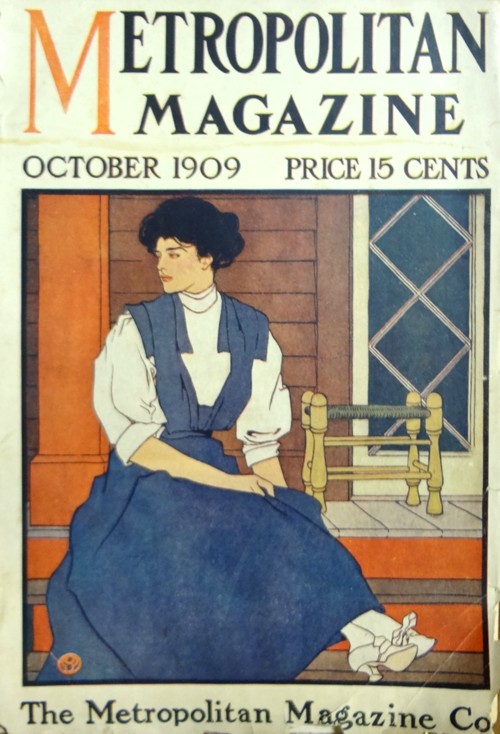 How does an illustrator say “autumn” without drawing leaves and pumpkins?  One way is to do it with color.  The orange and browns, along with the deep blue (for the October sky) says “autumn” quite effectively.

I don’t know who the artist is, and I don’t have the magazine with me, but it looks like the work of Edward Penfield.  Penfield was best known for his Harper’s covers, but he also illustrated other magazines like Metropolitan.

Metropolitan was not a fashion publication.  As the name suggests, it was a magazine for New Yorkers.  Established in 1895, in the early years it focused on the New York theater scene, but soon branched off into other facets of city life.  The magazine became increasingly political as the country moved toward involvement in World War I, and was highly critical of President Wilson.  Some of the articles were written by Teddy Roosevelt who was an editor at the magazine.

After the war the magazine focused on publishing stories and serialized novels, and included writers like Jack London, F. Scott Fitzgerald, and Edna Ferber.   The last issue was published in 1925.