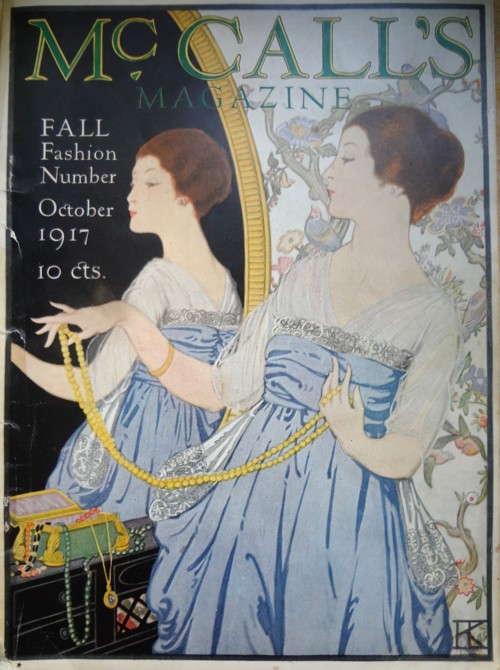 In 1917 there were more women than ever working outside the home.  Many who were doing the jobs of farm and factory laborers had begun to wear pants or overalls on the job.  Suits were fashionable for the office set, and they often had an air of the military about them.

But tea and evening dresses remained very feminine in the traditional sense of the word.  Frocks were shorter, but no less frilly.  The skirts were quite full, and fell from a waistline that was above the natural waist, but was not quite an Empire waist.   In just a few years the waist would disappear and the skirt would become very narrow.   To learn more about the tubular styles of the early 1920s, you need to read Witness2Fashion’s analysis of them here and here.

I love this cover from 1917.  I wonder if she really did pair the yellow beads with her pretty blue dress.