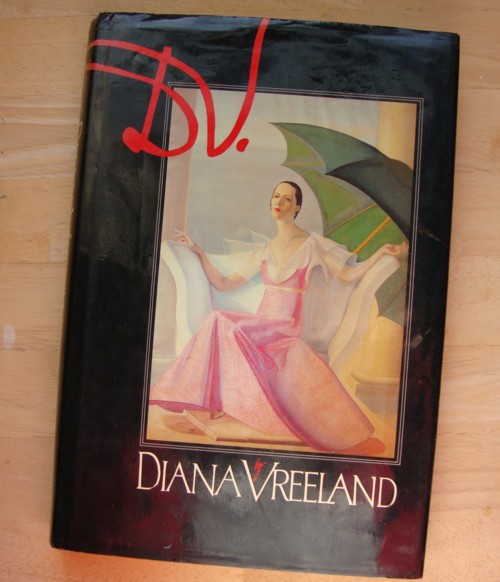 I was very tempted to write this post in the style of Diana Vreelend.  It would have started something like this:

But then I realized I could never keep up that kind of energy through 500 words or so, and I decided to just be myself.  As if anyone could come close to being Ms. Vreeland!

With the  release of a new documentary and book about her life, Diana Vreeland, The Eye Has to Travel, much has been written about the longtime editor of first Harper’s Bazaar, and then Vogue.  After reading the memoir of Grace Mirabella, I decided I must get another perspective on the story of how the two women worked together at Vogue, and of the fallout after Vreeland’s firing in 1971.

Interestingly, and tellingly, she says very little about her dismissal, and she never mentions Mirabella, a woman which whom she worked closely for ten years,  by name.  She actually went on more about how she cured a friend of the hiccups than she talked about an event that changed the course of her life!

To call the book an autobiography is a bit of a stretch of the genre.  It’s actually a collection of loosely structured remembrances, all told in the most enthusiastic style.  At times I wondered if this book was the inspiration for Forrest Gump.  She talks about how she looked up to see a plane fly over, and of course it was Lindbergh on his way to Paris.  And this starts the chain of marvelous serendipity that seems to make up the life of Diana Vreeland.

Yes, the book is fun,fun,fun, but at times it is really hard to distinguish what really happened from Vreeland’s perception of the events.  And there are contradictions, which are of course, intentional.  Vreeland would go on and on about truth, and then describe how she would make her maids lie.  And at the very end, she comes clean, telling the reader that it’s most important to be able to Fake It, and admits to having done so throughout the book.

This is precisely what Mirabella pointed out about Vreeland – that her legend was based on the persona rather than the person.  And you’ve got to hand it to her.  She’s been dead for 22 years, and she still fascinates us.  Will the same be true of Mirabella or of Anna Wintour?  I can’t imagine it! 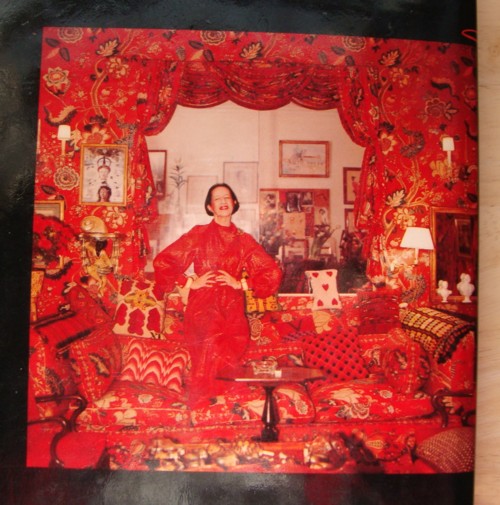 Back cover of D.V.