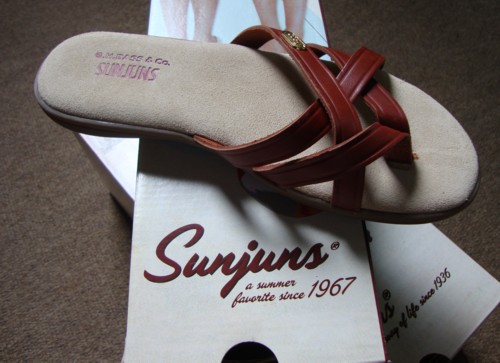 Since nobody disagreed when I mentioned trying a pair of Bass loafers, I made a trek to the nearest retail dealer.  My plan was to just try on to see if I liked them enough to purchase, and then to return home and look for good used pairs online.  Really, I shouldn’t have even considered doing that, because by the time one figures in the gas and the time I’d spend looking and the postage, how much would actually be saved?

As it turned out, I probably saved money buying retail, as the store was having a buy one get 2 free sale.  Is that not insane?  Since I last visited this shopping center where the Bass store is located, September I think it was, quite a few stores have closed.  This is a really busy place, and even though people were buying, it is obvious things are still in emergency mode in most of the stores.  There were deep discounts all around, including 30% off everything at Coach, and 30% off most things at Brooks Brothers.

Anyway, I’m drifting off topic, as usual.  I ended up with both black and cordovan loafers, and I decided to make the Sunjuns the third pair.  I figured that two pairs of loafers was a good idea because maybe this fall I’ll wear them instead of the vintage Converse which I’ve got to start conserving!

Bass came out with the Sunjuns line in 1967.  They were an big hit, at least in my small town.  I suspect that is because there was one store in town that carried Bass, but it was the only store that mattered.   Dick Schulman’s store of women’s clothing and shoes was Canton’s answer to Neiman Marcus.  Not really of course, but you would have thought as much by attitude surrounding the store.

I can remember that this particular style of Sunjuns – the Sharon – was very popular in the late 1960s and into the 1970s.  It had another surge of popularity during the 80s, when Bass released it with primary colored leather straps.  I looked high and low for a 60s or 70s ad so I could post it, and also to see if my memory is correct in thinking that even the 60s version is very similar to what is being sold today with a rubber sole and a padded  suede insole.  I came up empty, so please help me out if anyone happens to locate one. 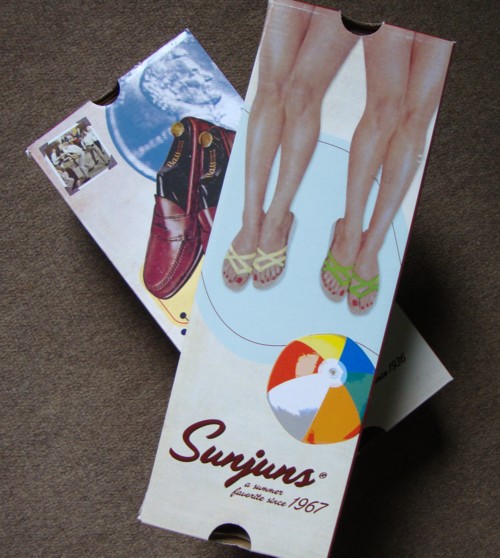