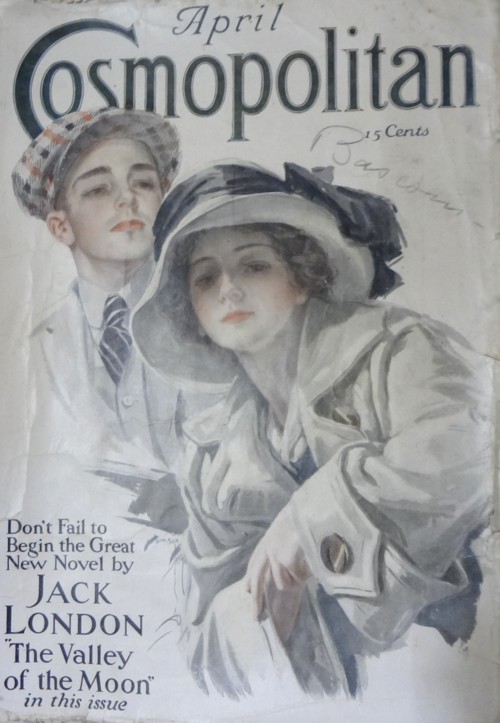 It’s a warm and beautiful day in the southern mountains.  It’s enough to make one want to put on the sporty duds and crank up the motorcar for an adventure in the country.

In 1913, Cosmopolitan was a very different magazine from the publication Helen Hurley Brown transformed in the mid 1960s.    Established in 1886 as a family magazine, by the time William Randolph Hearst bought it in 1905, it was primarily a literary publication.  Besides Jack London, contributors included Willa Cather, H.G. Wells, Upton Sinclair, Edith Wharton, and Ida Tarbell.

The magazine was also known for their beautiful covers which featured illustrations by artists such as James Montgomery Flagg, Francis Attwood, and Harrison Fisher, who did this cover.