The Significance of the Object 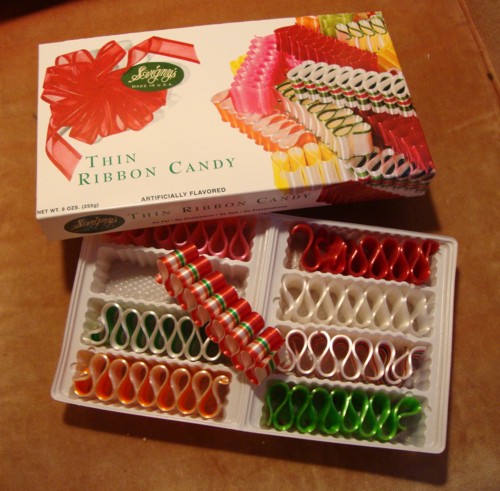 I bought this box of ribbon candy for my husband after he spotted it in a catalog and recalled how his grandparents always had a box at Christmas.   Ribbon candy seems to have made a bit of a comeback lately, probably more for its lovely design than for its taste.  I’ve seen it featured this year dangling from the Christmas trees in several style and how-to blogs.  And that’s great, because I  hate to think of this traditional 20th century treat as passing into obscurity.  And because this is mainly a holiday candy, I’m sure many families have stories associated with it.  And here is ours: 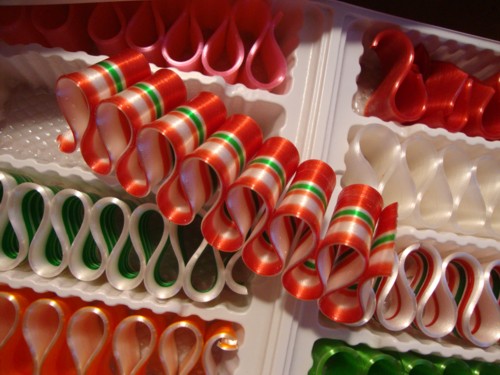 My mother was 13 in December, 1944.  My grandmother was in the new hospital of our little town,  having given birth to my Uncle Neil.  Every day after school my mom would walk from her school to downtown Canton to see her mother and the new baby.  For some odd reason, after centuries of women giving birth at home, it was somehow determined that a week-long hospital stay was now necessary.

One day in mid December, when Mama arrived at her mother’s room,  Mamaw was waiting for her with a dollar.  She handed to her daughter in a hurry, with instructions to run to the Company Store, as a rumor was going around town that there was candy to be had.

I can just picture my 13 year old mother running the three blocks to the store, as she (and no body else in the country!) had had any real candy in several years.  To her delight, there were boxes of ribbon candy, and though people were mobbing the counter, she was able to get her hands on a couple of boxes.  It was a happy day for the Bumgarner children, and for my grandparents as well.

My mother had a life-long sweet tooth, and I can’t help but wonder if  the absence of it in her late childhood somehow stuck with her – that even after candy was plentiful again she never lost sight of how very special it was.    I just hope that in our lives of plenty, that we all take the time to appreciate the specialness of the gifts we’ve received. 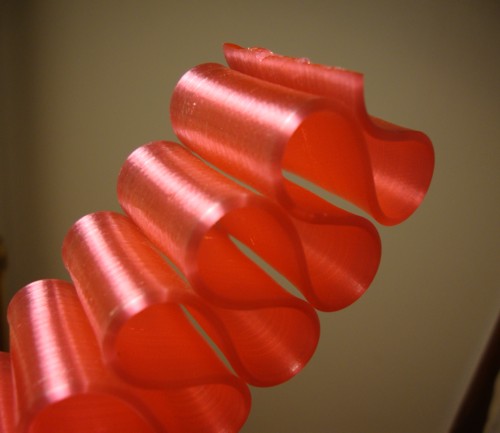 7 responses to “The Significance of the Object”